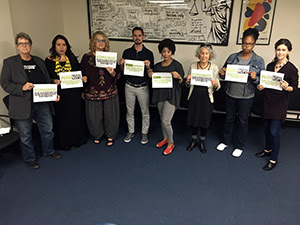 As we have observed in legal struggle after struggle, the truth of survivors’ stories, of communities’ stories, and women’s stories will always outlast a court ruling or an opinion from a Supreme Court justice.

In response to the Senate’s confirmation of Brett Kavanaugh to the Supreme Court, the Center for Constitutional Rights (CCR) issued the following statement:

The Center for Constitutional Rights stands with survivors of sexual assault and all those who feel their dignity has been denied by the Senate’s confirmation of Brett Kavanaugh to the Supreme Court.