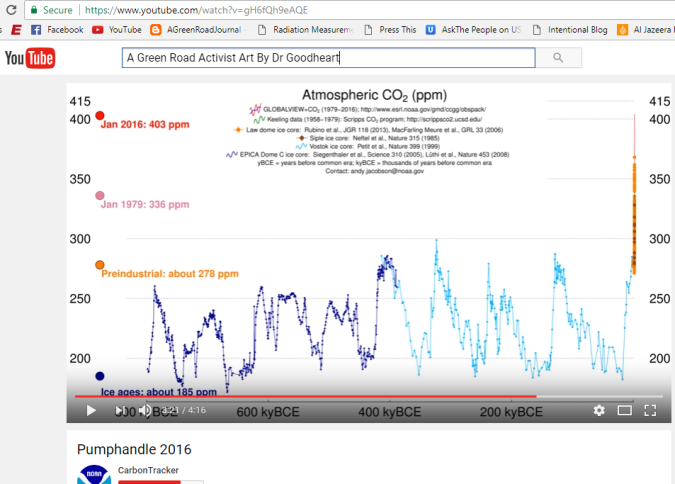 Direct measures of the air show carbon dioxide levels have recently hit 410 parts per million, or ppm, the highest-recorded number in human history.

“For the most part, carbon dioxide was below 400 ppm for the last 14 million years or so,” Matthew Lachniet, a paleoclimatologist at the University of Nevada, Las Vegas, said in an interview.

There may have been a time, roughly 3 million years ago during an extremely warm period called the Pliocene Epoch — when sea levels were between 16 and 131 feet higher than today — during which carbon concentrations could have approximated present levels.

“However, the concentration of CO2 currently in Earth’s atmosphere is higher or is nearly as high as it has been over any time period during the past 15 million years,” Daniel Breecker, a paleoclimatologist at the University of Texas at Austin Jackson School of Geosciences, said over email.