But even as Trump was firmly declaring his own genius—and calling Washington Governor Jay Inslee a “snake” who should not be trusted—back in Washington, Mike Pence was explaining that the CDC had fallen short of goals. Again. Though hundreds of thousands of tests are supposedly “in the mail,” it will be at least another week before they begin to be available in the numbers needed. As a result, only a fraction of suspected cases around the nation have been tested, patients with good reason to suspect exposure are still denied tests despite supposedly relaxed guidelines.

As Americans are genuinely frightened and looking to the government for leadership, what they’re getting instead is Donald Trump bragging about how he can put on his big boy panties all by himself, while being smiled at with approval by a CDC director Trump put in place not in spite of the fact that he was considered “an abysmal choice” whose contribution to the AIDS crisis was working with a group that considering it “God’s judgement on homosexuals.” He was put in that role because he’s just a terrible choice — because he knows he’s there for no other reason than to praise Trump and take a paycheck. He’s just another part of a system built to fail.

Former CDC director @DrTomFrieden says that, with the Coronavirus outbreak, “nature can trump Trump. The fact is that a pandemic is currently inevitable.” 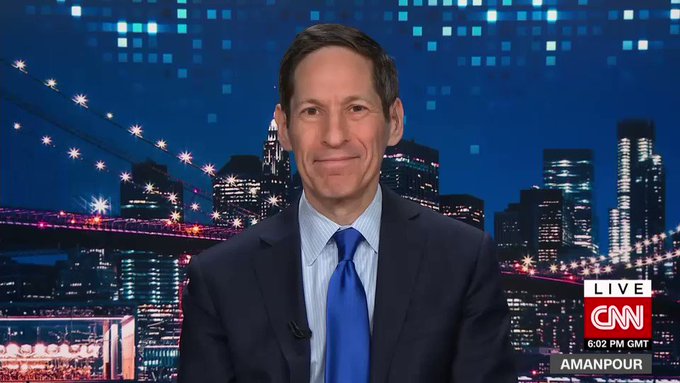