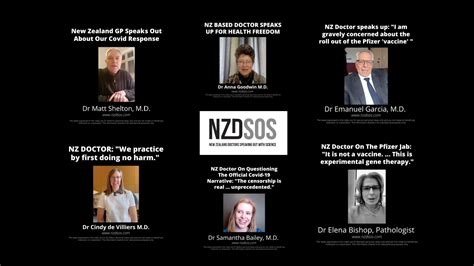 New Zealand Doctors Speaking Out with Science (NZDSOS), has now received reports of four deaths within two weeks occurring in New Zealand teens after Comirnaty injection. Since covid–19 is of almost no risk to this group, this information demands scrutiny.

Aneighteen–year–old collapsed on the 9thof September while walking with her father two weeks after her first COVID injection. She was subsequently helicoptered to Auckland City Hospital and then reported to have died from “multiple blood clots”. A second seventeen–year–old male was found dead at a Northland beach a day after the injection in the second week of September. This report was made through a ‘friend of a friend’. A third and fourth case werereported in the same manner, one a sixteen–year