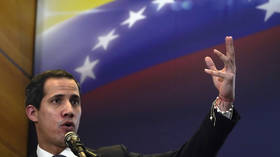 Opposition lawmakers in Venezuela have voted to dissolve the ‘interim government’ formed under their one-time leader, Juan Guaido, a main rival to the country’s ruling socialist party and once a darling of the US foreign policy establishment.

Holding their vote over a Zoom call, the opposition-controlled National Assembly moved to reorganize their movement on Friday, with 72 lawmakers voting in favor of disbanding the legislature compared to just 29 opposed. Guaido’s term at the head of the assembly, as well as his ‘interim presidency’ declared in 2019 with the blessing of the US, are now set to end on January 5.